If you’ve already started to play the new WoW expansion – Battle for Azeroth – and sank into details, you know how diverse the map of quests is, how many abilities and new talents the heroes may get and the main – the mission of the game for the Alliance and for the Horde. Are you ready to be a regular gamer and gain every loot step by step?

How about using special BfA addons which are made to help you in improving the heroes and reach the certain level much faster? A list of addons is pretty long but we are going to give you a short guide of most wanted and most useful to upgrade your levels faster.

Can addons be used in BfA?

The answer is simple and easy – addons that work in WoW BfA are necessary. What you have to do is to install the panel of the chosen addon to the game and immediately use its advantages. Addons for BfA are made with one important goal: they make your game more effective, concentrated and faster. You can install several addons and choose among them the ones which correspond perfectly to the situation. You are in when it’s about a certain dungeon, raid or any other kind of quest. We will list down below all the features you get with most popular BFA working addons.

Are addons allowed in BfA?

For those gamers who want to reach the main goal, be successful in quests, gain as more of Azerite as possible and finally to fulfill the mission the question “Are addons allowed in BFA” is beyond discussion. One of the main features of any kind of addons is to make the game more colorful, exciting, perfect in graphics and add more features to the game. Addons currently working BFA are divided into addons for PvE and PvP modes. Let’s take a look at the most interesting ones.

The list of top BfA addons has changed a lot and there is an obvious reason for that. Since types of addons are made based on certain characteristics of the new patch you will find out many changes as some new races and classes are added, new bosses with their mechanics, new mounts, pets etc. If you wish to know the best addons for bfa simply start with this list.

Must have addons for every player

💥 MoveAnything is one of the best addons for wow bfa as it allows you creating a menu of moving, hiding and working with frames. The main window includes such options like key binding, interaction with other players, slash commanders, different tips, for example how to find the easiest way to reset the frame, unmove something that you did by mistake etc.

💥 BarTender 4 is a great thing for the new players who do not know yet what to do with all those icons and hotkeys on the screen. This addon makes a pure order. But the experienced players also have a chance to appreciate its work with macros.

💥 ElvUI is of those must have bfa addons is a pretty familiar but at the same time completely new thanked changes and updating it has. 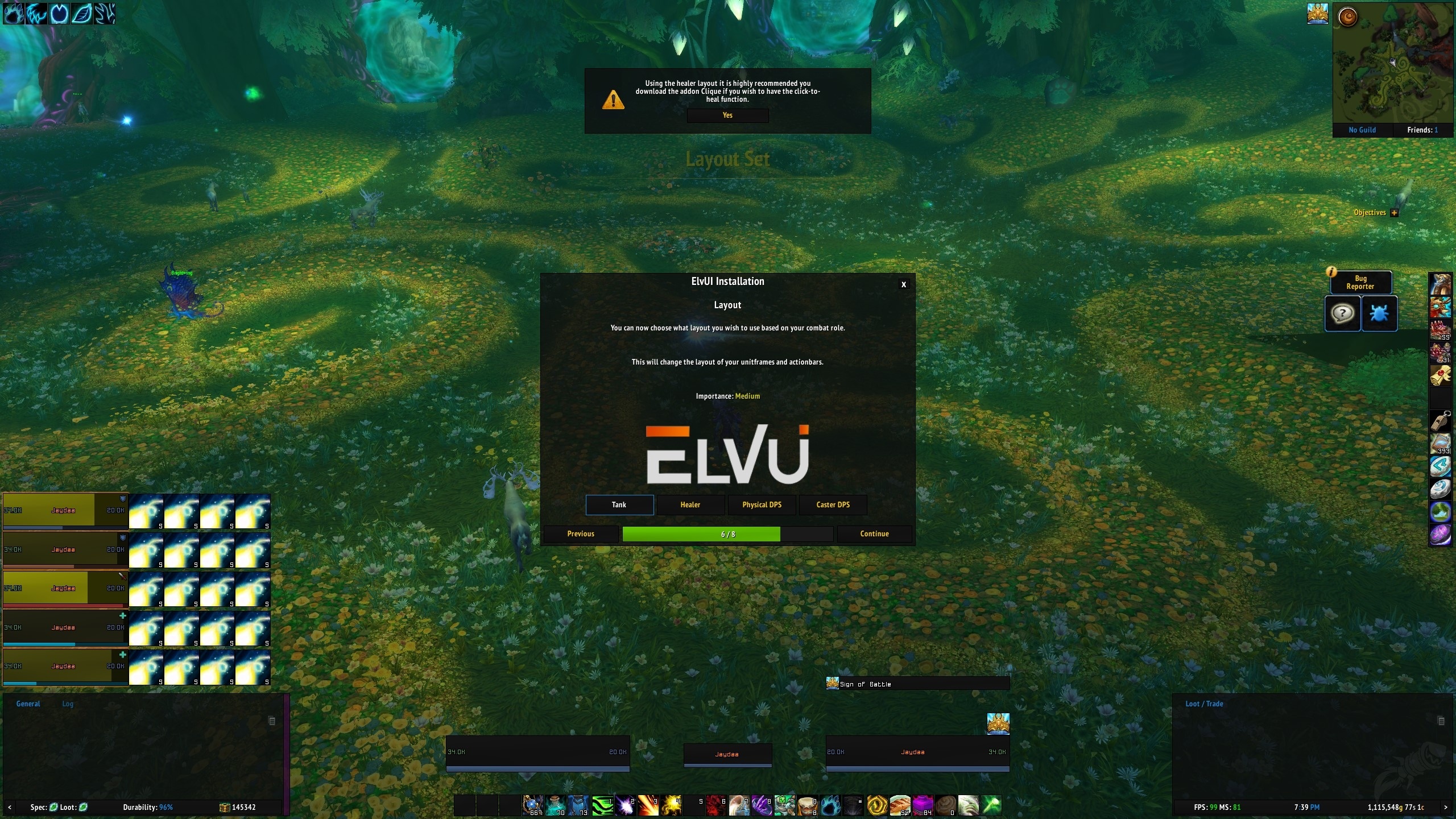 Immersion belongs to those wow addons bfa that easy your way to complete the quest by navigating interface in a faster way that it happens usually. Customize your hotkeys with this addon by pressing specific gossip and quest options.

Details are considered to be the most powerful and effective Damage Meter in WoW. With it, you get some extra tools like WeakAura Creator, Raid tools, Talents trackers, the same about items and many others.

⭐Omen Threat Meter is an extremely necessary thing for the battles in raids. It shows the relative agro that the healers and DPS have in the group no matter what enemy is the target. It’s a kind of navigator that shows who will be the next target if the tank is dead or if some heroes may be attacked with the purpose to rob aggaro.

⭐HHTD is a fantastic addon for healers as it marks precisely the heroes who need help immediately and you are free from searching for them trying to concentrate your attention during the encounter.

⭐StaySheathed is the necessary and straightforward addon for those who wish to keep their weapon in hands all the time. Relevant to those classes which use weapons pretty rarely and do not have cool skills for that. However, this is a must have for players who use melee damage in the battles as well.

⭐WeakAuras2 is one of that bfa must have addons that work perfectly with graphics allowing you to see clearly the icons of buffs and debuffs plus other kinds of similar items. It has some extended features: SharedMediaAdditionalFonts, WeakAuras_StopMotion etc.

You might not know but wow bfa addons can work even better for you and improve your game totally. This is all about leveling your hero up. Look at the following addons whose main goal is to help you to upgrade your personage and reach the highest levels sooner than later.

Addons: How to Install and Maintain

The most challenging task is done – you’ve found the best bfa addons for you. Now start to download, install and work about maintaining them all. Actually, it’s not difficult at all, just demands a tiny piece of attention and time. Let’s get started!

You wish to use the same Addons all the time and prefer to get the updated version automatically? Then simply be attentive to maintaining the process. For that, you can launch User Client that does the whole work for you thanked Twitch App and MMOUI Minion. Another way is Using my favorite option when you create your own list of Addons in your account on the website where you download best addons for bfa and get them automatically as soon as the new version appears.

Among hundreds of bfa addons that work about improving your game in all sense, however, there are some of them which are in need for every player. That’s why we all do not want to miss a chance to install those addons and use them. They are considered to be the best and must have addons for bfa.

New Warcraft Patch 8.2 : Top Things to Do and to Get in Rise of Azshara